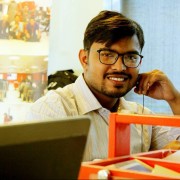 As you all know, On the night of Thursday 12th March, a few cases almost 8 of Coronavirus throughout Pakistan were recorded.

This is just the beginning as things have started going crazy throughout the country considering whatever is going around the world. This virus has infected many peoples in the world and now it is reached in Pakistan.

According to Dr. Tedros Adhanom Ghebreyesus

We are at a critical point in the global response to COVID-19 – we need everyone to get involved in this massive effort to keep the world safe.

The Pakistani government has already called off the schools and universities. Also, all the gathering places are banned due to urgent control of this speedy spreading virus, but unfortunately, some careless citizens are criticizing the steps and taking the outbreak of the virus so lightly.

How It ALL Started?

Due to these circumstances, Botsify’s CEO receives a call from the Digital Pakistan team in Islamabad about the Idea to launch Facebook Messenger chatbot to increase the awareness of the people.

The Digital Pakistan team headed by Tania Andrus is the initiative of the government of Pakistan launched in 2019 to introduce digital solutions to common civil problems using technology and with everything going around in the country as well as around the world the situation demanded the input.

They called Botsify at 9:00 pm on Thursday night and asked if there can be something ready within the night to convince the ministry about the digital step, the CEO, Usama Noman said we are up for the challenge and will do it voluntarily as much as we can afford.

By the next hour, a digital Pakistan team arranged a meeting in Islamabad and they started to gather new ideas for how to aware people of this virus and also collect the info on how people can prevent themselves from this virus.

They provided the basic chatbot follow and we were able to put up a prototype in a few hours. By the Sunday morning 34 cases of coronavirus had been registered throughout the country.

Very next day, fortunately, they got approval from the government and with furthermore improvements we were able to launch the chatbot on the evening of Sunday.

But this way was very unfortunate. By the evening of Sunday, the count of cases had doubled to almost 85 cases which sounds very critical as the virus was spreading rapidly so making people aware became more important.

Here is how the country appreciated efforts.

Here is how Botsify handled all the incoming traffic of messages that started coming in.

If you want to try the Coronavirus Chatbot in action feel free to try it out here:

But unfortunately, the count of cases had been doubled again reaching 184 by the morning of Tuesday so keeping yourself safe is more important.

I hope with this initiative more people can go social-isolation themselves, learn how this deadly virus has been increasing exponentially and take appropriate steps.

God help us all and may we discover the vaccine soon.

So if you have some ideas to resolve this issue and to stop the spread of this virus feel free to contact us and also let us know your thoughts in the comment section below.