With the rapid advancement of technology, organizations are finding it challenging to manage the quality of their web/mobile applications. Unfortunately, due to the limited time frame in agile development and cost considerations, testing does not receive the attention it deserves.

Failure to conduct adequate testing results in lower-quality products, delayed delivery, poor customer service, and higher costs. Such problems can arise due to an unplanned test management strategy, a delay in development, or an underestimation of the effort required to create a test case.

When it comes to custom software development, testing throughout the development cycle is critical. There’s no doubt that test engineers work hard to find bugs or errors before releasing a software product. However, the harsh reality is that you cannot catch every bug! So you deploy a quick fix following your production, and then regression testing kicks in. Although it takes much time, regression testing is vital for preserving product stability.

In such circumstances, you will be caught in a vicious cycle where your deployment window will keep getting smaller. So how do we tackle such situations?

The solution is Test Automation!! 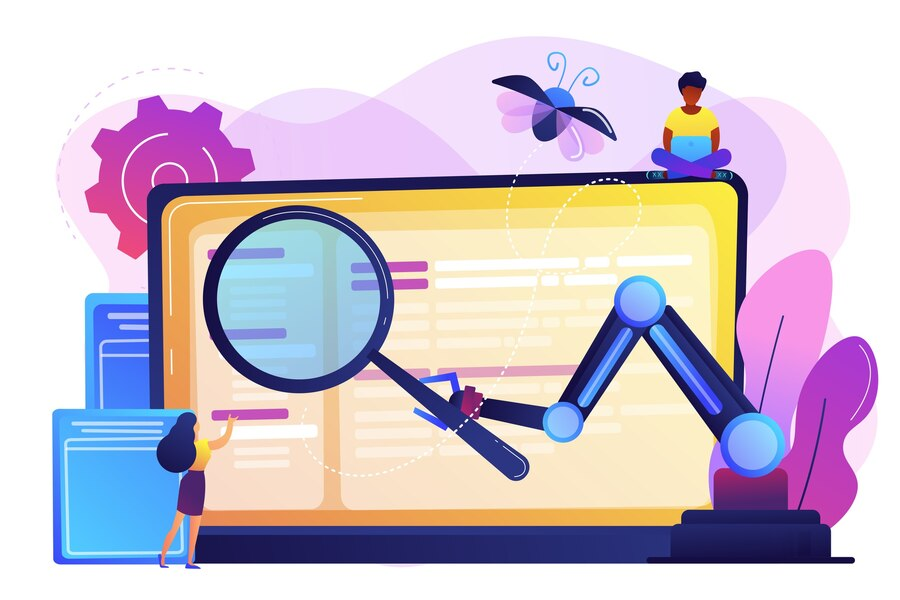 The future of automation testing is bright!

Automation testing, as opposed to manual testing, is an effective way to improve the effectiveness and coverage of the testing process. It shortens your execution cycles, relieves testers of tedious work, requires less human effort, and gives immediate feedback.

This article will discuss what automation testing is and why it is the right call for your Software Development Life Cycle.

What is Automation Testing?

This kind of testing enables the execution of repetitive and regression tests without the involvement of a manual tester. However, creating the initial testing scripts for these tests requires some manual labor.

Automated testing tools run tests that consistently carry out predetermined actions. When the program’s goals and outcomes line up, your project is successfully operating and almost certainly bug-free.

Nevertheless, a problem must be fixed if the two cannot agree. It would be necessary for a tester to review the code, make changes, and keep running tests until the expected and actual outputs are matched.

Now let’s jump back to where we started – The benefits of Automation Testing!

Although every software development team tests its products, the delivered software may still have flaws. Even with the best manual testing procedures, some errors always remain hidden from detection before the product is released and frequently reappears. Test automation is the most effective, efficient, and comprehensive method for improving software testing.

It is helpful because it replaces many manual testers and improves overall accuracy with little or no manual intervention. In addition, it ensures that software of standard quality is released as pre-written scripts are tested.

The following are a few benefits of automation testing: 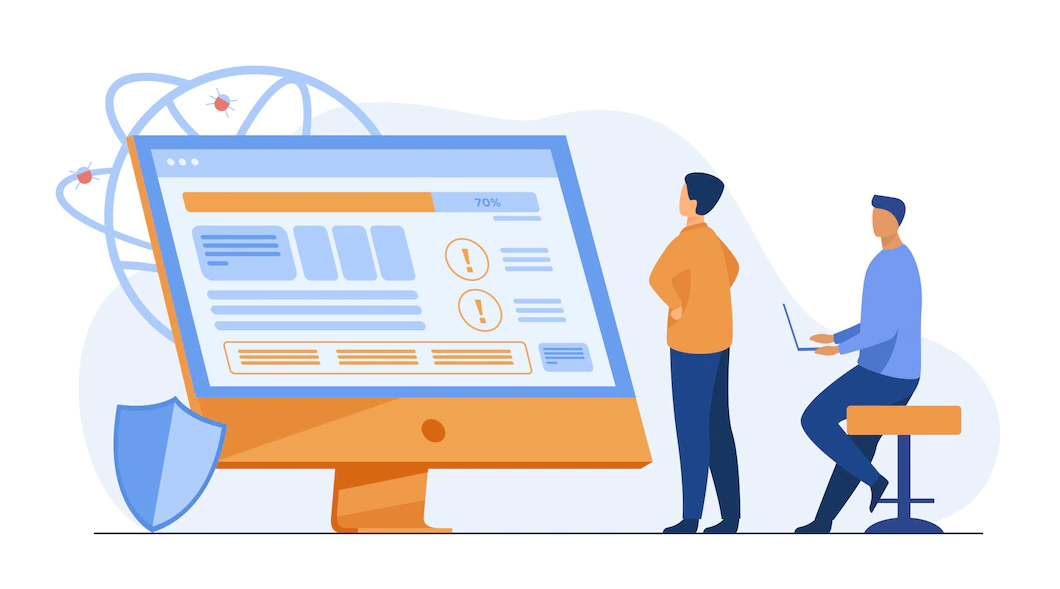 Automation testing allows for the rerunning of tests, which is advantageous for regression testing on continuously evolving codes. It is handled automatically. Manually performing repetitive tasks is possible but requires significant effort from software testers.

Errors are inevitable, which could lead to missing crucial information. On the flip side, machines do not make mistakes when adequately developed. And if there is an error in the program code or execution, one can see it immediately because the test will fail.

In automation testing, there is no such thing as a software product performing as expected; it either works or doesn’t.

During laborious manual testing, even the most meticulous tester can make mistakes. However, automation testing repeats the same steps every time the tests are run and never fails to record detailed results. In addition, testers who are no longer subjected to repetitive manual tests have more time to develop new automated tests and deal with complex features of products.

However, when a tester works on a project for a short period of time, it costs significantly less. This point is frequently raised in conversations about manual vs. automated testing, which is mostly accurate. Therefore, automating everything that can be automated will save you many man-hours and, consequently, much money in the long run.

The ability to conduct tests at any time, anywhere in the world, is one of the main advantages automation testing has over manual testing. For example, to test a web application manually, you would have to navigate your way through a computer. Your laptop or computer, however, cannot go everywhere with you.

That is why automated testing is preferable to manual testing. It enables you to

In manual testing, only one person conducts the test, making it impossible for the entire team to monitor the results. However, additional team members can log in and view the output for automated testing. As a result, team communication is enhanced, and better outcomes are produced.

6. Interesting to work on

Writing a similar document over and over again can be tedious and precisely dull. On the other hand, setting up automation test cases necessitates coding, effort, and creativity, keeping your best technical talents engaged and devoted to the testing process without getting bored.

Automating the testing process relieves QAs of significant stress. Once the time-consuming manual processes are eliminated, software testers can develop applications to help improve the testing suite. It also increases job satisfaction and reduces the stress and boredom associated with their daily testing routines.

Instant feedback is yet another benefit of automated testing. When tests are run quickly, developers get testing reports quickly, allowing them to react quickly to any potential failures.

Instant feedback is constructive if your application has already hit the market. Manual testing will only slow the process when urgent bugs need to be fixed. However, test automation allows you to update your application quickly. Automated testing consequently improves user experience, customer satisfaction, and team responsiveness.

8. Superior performance and quality of apps

Due to the extensive test coverage provided by automated testing, your app will be of the highest quality and performance. It enables you to run thousands of automated test cases simultaneously, making it simple to test your app across various platforms and devices. Additionally, complex and time-consuming test cases can be quickly created in large quantities using automated testing.

The fact is that both manual and automation testing go hand-in-hand.

After performing manual testing, you can use QA automation tools to cross-check the results. The results generated by automation test tools can assist manual testers in improving the quality of manual test scripts.

All these test automation advantages have favored customers, developers, and software testing teams in recent years. 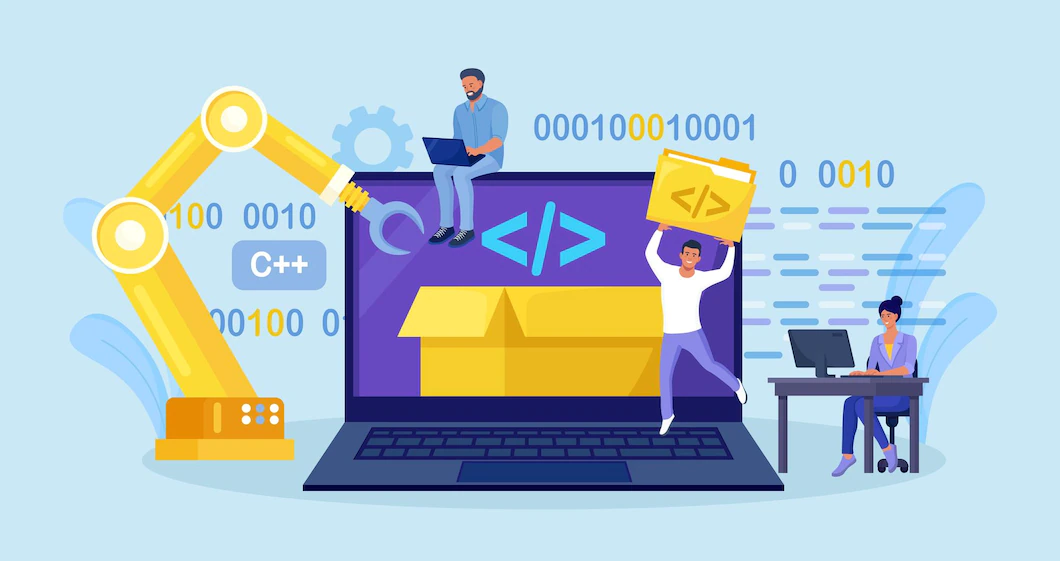 Test automation is unavoidable if you want to streamline your workflow and use the most up-to-date development methodologies. The truth is that the benefits of automated testing will only grow in the future as more effective tools emerge and testing frameworks mature.

So, if you don’t want to be left behind in technological evolution, start implementing test automation now. It will accelerate development and delivery, make CI/CD easier to implement, and improve test efficiency, accuracy, and productivity. The most noteworthy part is that you will get these benefits without sacrificing the app’s quality or performance.

To get the most out of automated testing, combine a trustworthy automation QA engineer with your current QA automation tools and efficiently run automated concurrent tests on hundreds of real devices.